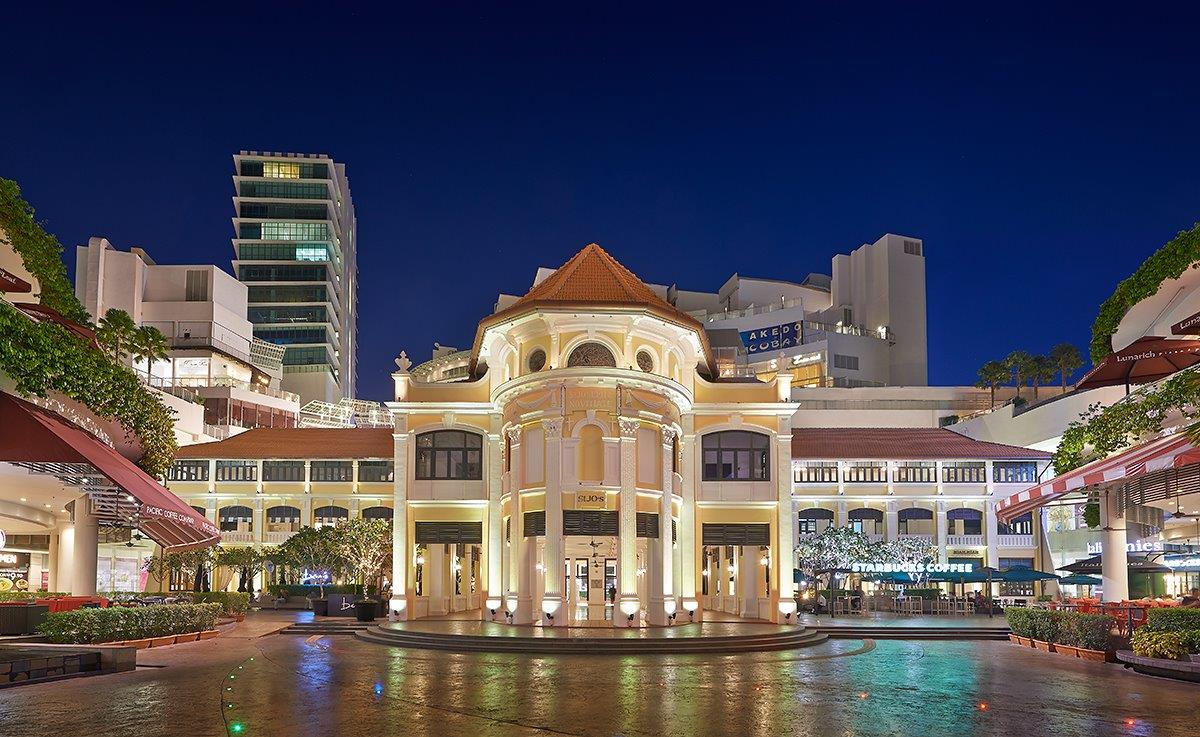 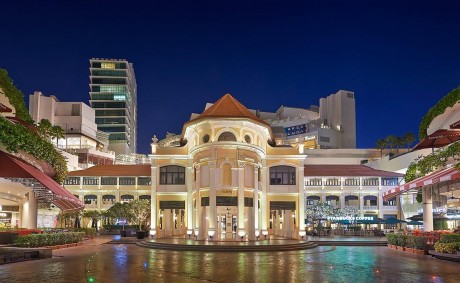 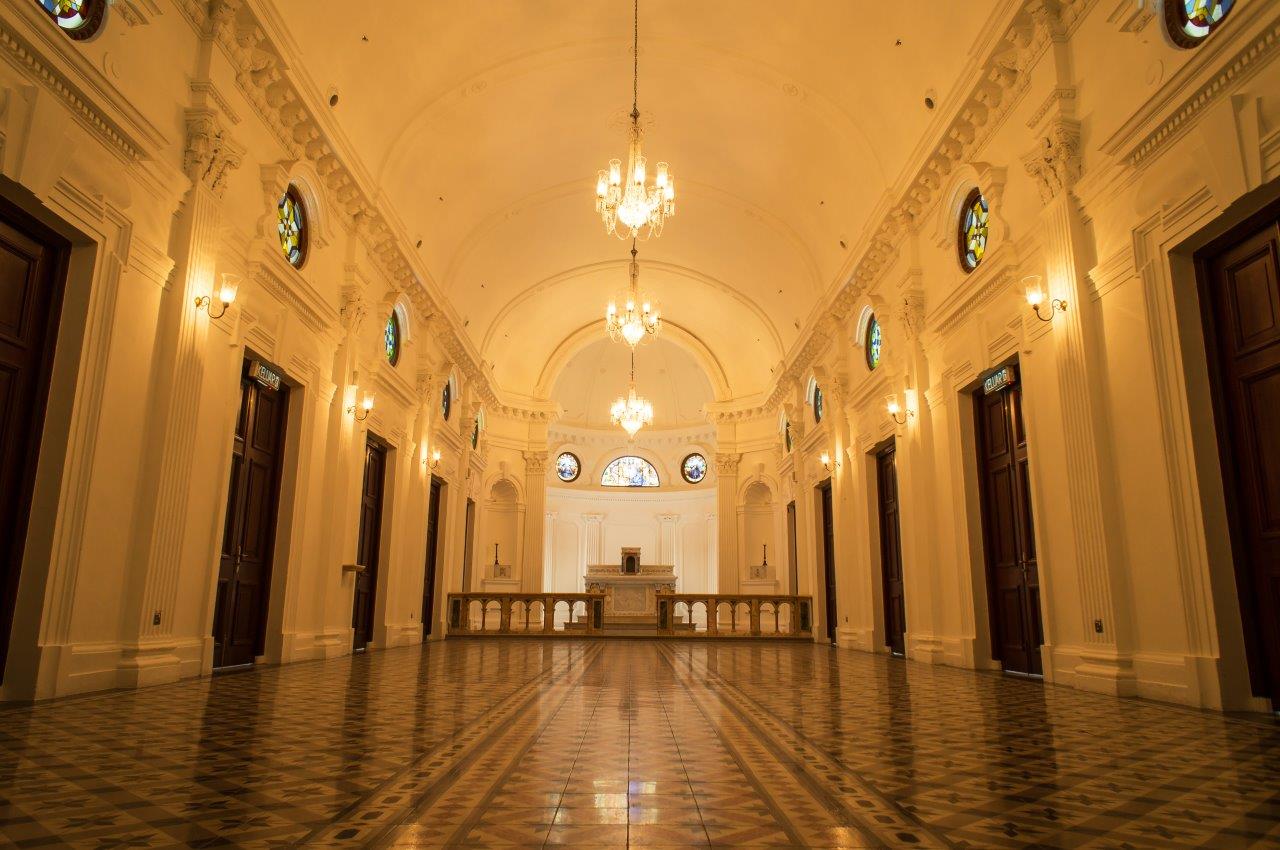 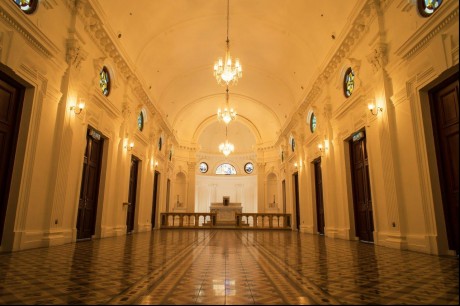 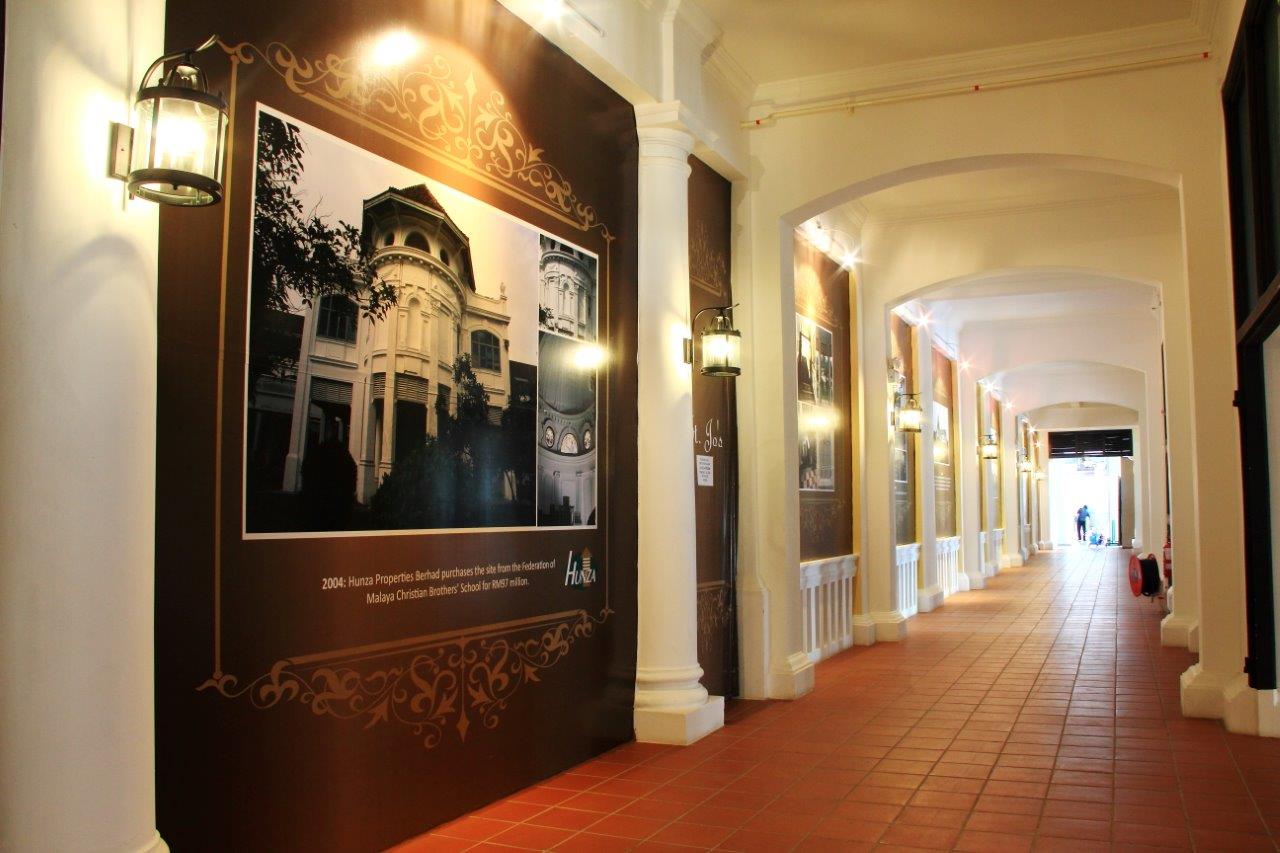 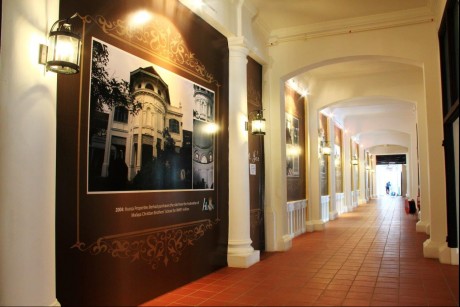 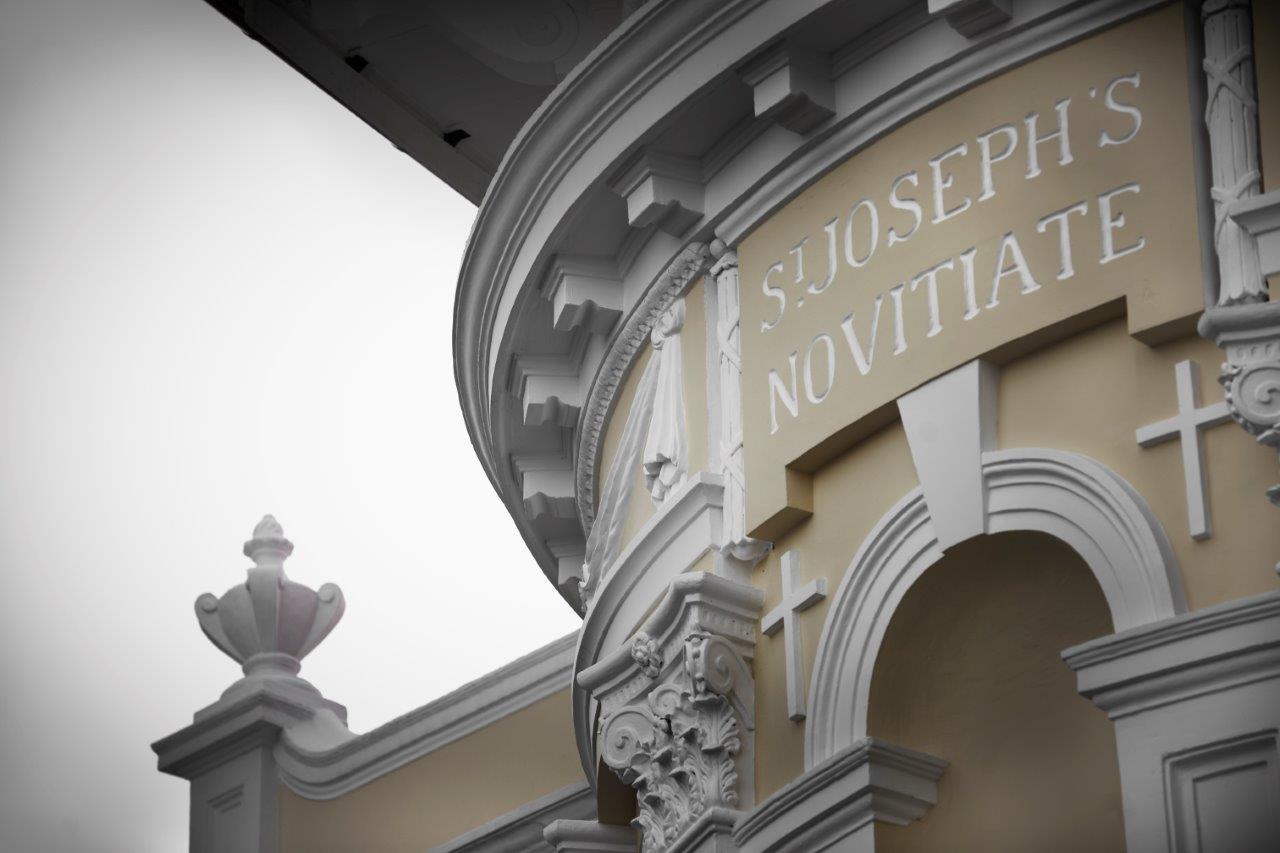 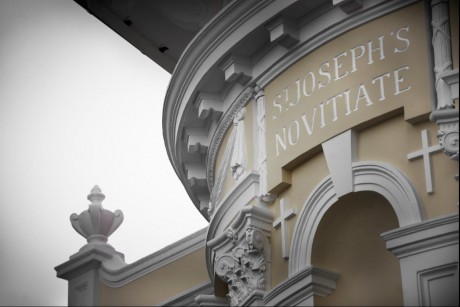 Penang’s capital city of Georgetown was listed by the United Nations Education, Scientific and Cultural Organisation (UNESCO) as a World Heritage Site in 2008.  St. Jo’s,  previously known as St. Joseph’s Novitiate, is one of the priceless heritage sites in Penang.  Its 2 storey chapel which was built in 1916, and a new 3-storey block was later added on to the back of the chapel before the premises became a novitiate for the Christian Brothers (1918-1988) as well as a teachers’ training college.  With Hunza’s acquisition of the land, the site was transformed into the Gurney Paragon integrated development;  comprising of  the newly restored St. Jo’s, flanked by the two luxury residential towers, connected to a mall and an office tower.

As a responsible developer, Hunza strived to carefully restore the heritage masterpiece and its legacy. The overall restoration of St. Joseph’s Novitiate involved the using of modern engineering techniques including the ingenious and one-of-a-kind under-pinning method to create two levels of basement car parks below the heritage building.  Thorough studies had to be first conducted on the architectural, engineering and historical aspects by a team of specialist consultants to preserve the authenticity and integrity of St. Joseph’s Novitiate.

These restoration works were painstakingly carried out with minimal intrusion to the existing structures to not only preserve the building, but to also enhance the true architectural and heritage significance of the building.  Today, St. Jo’s stands as the heritage centerpiece of Gurney Paragon, exuding the vibrant living heritage that continues to awe visitors with its exquisite architecture and ambience of Penang’s legacy .  It not only commands distinction and nobility of the yester years but also a distinctively exceptional structure in this modern era.

The Gurney Paragon mixed development is the only one of a kind in Malaysia that seamlessly integrates a restored heritage building with the modern residential, retail and commercial components and this earned Gurney Paragon Mall an entry in The Malaysia Book of Records as the “First Shopping Mall Integrated With A Heritage Building”.  Our efforts in restoring St. Jo’s won us the World Silver Award at the FIABCI World Prix D’ Excellence Awards 2014 under the Heritage (Restoration/Conservation) category.  In the lead up to this prestigious award, St. Jo’s also won other awards, including the Gold Award of Special Merit under the Association of Consulting Engineers Malaysia Engineering Award 2013 for engineering excellence and an award under the Heritage Category from FIABCI Malaysia Property Award 2013. 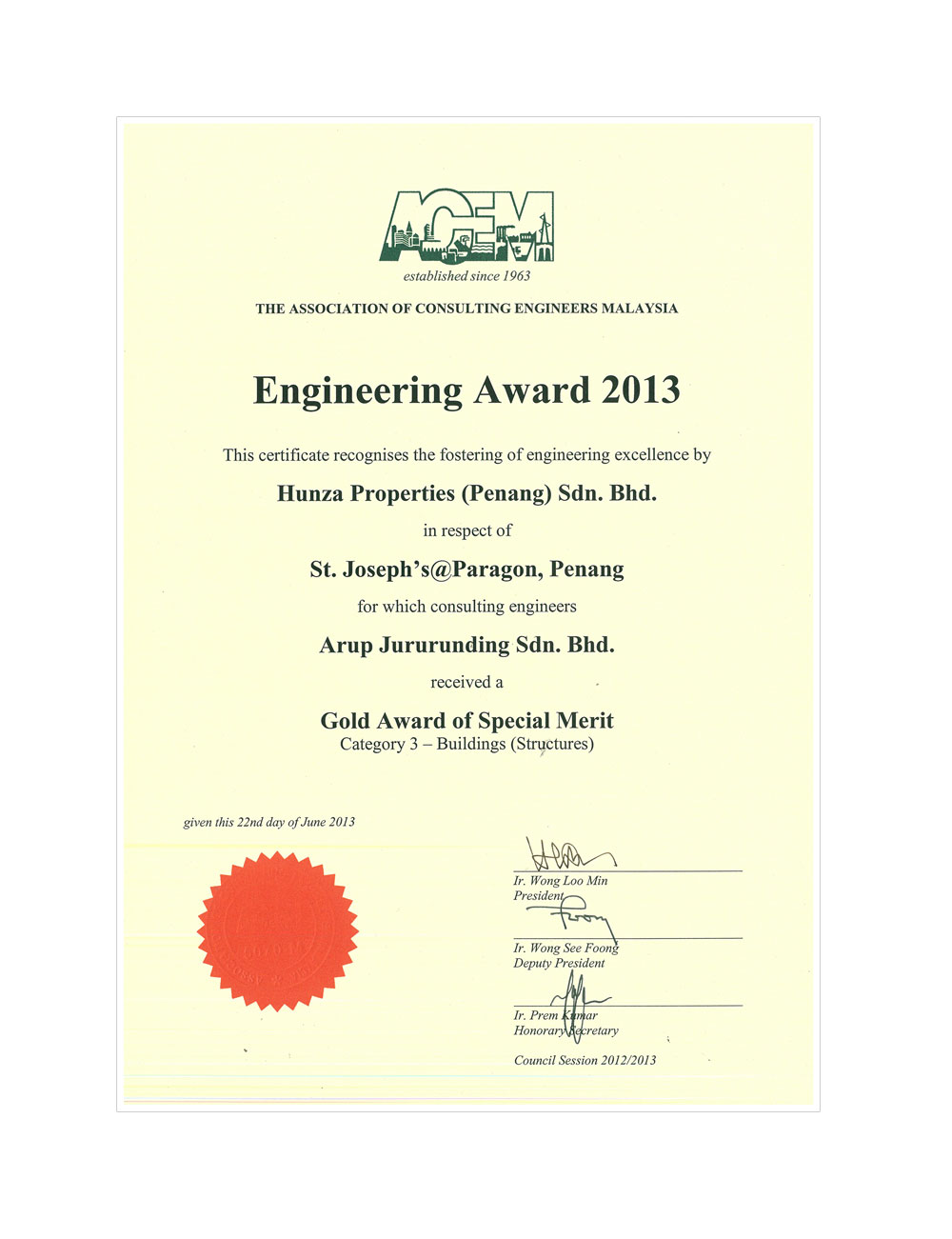 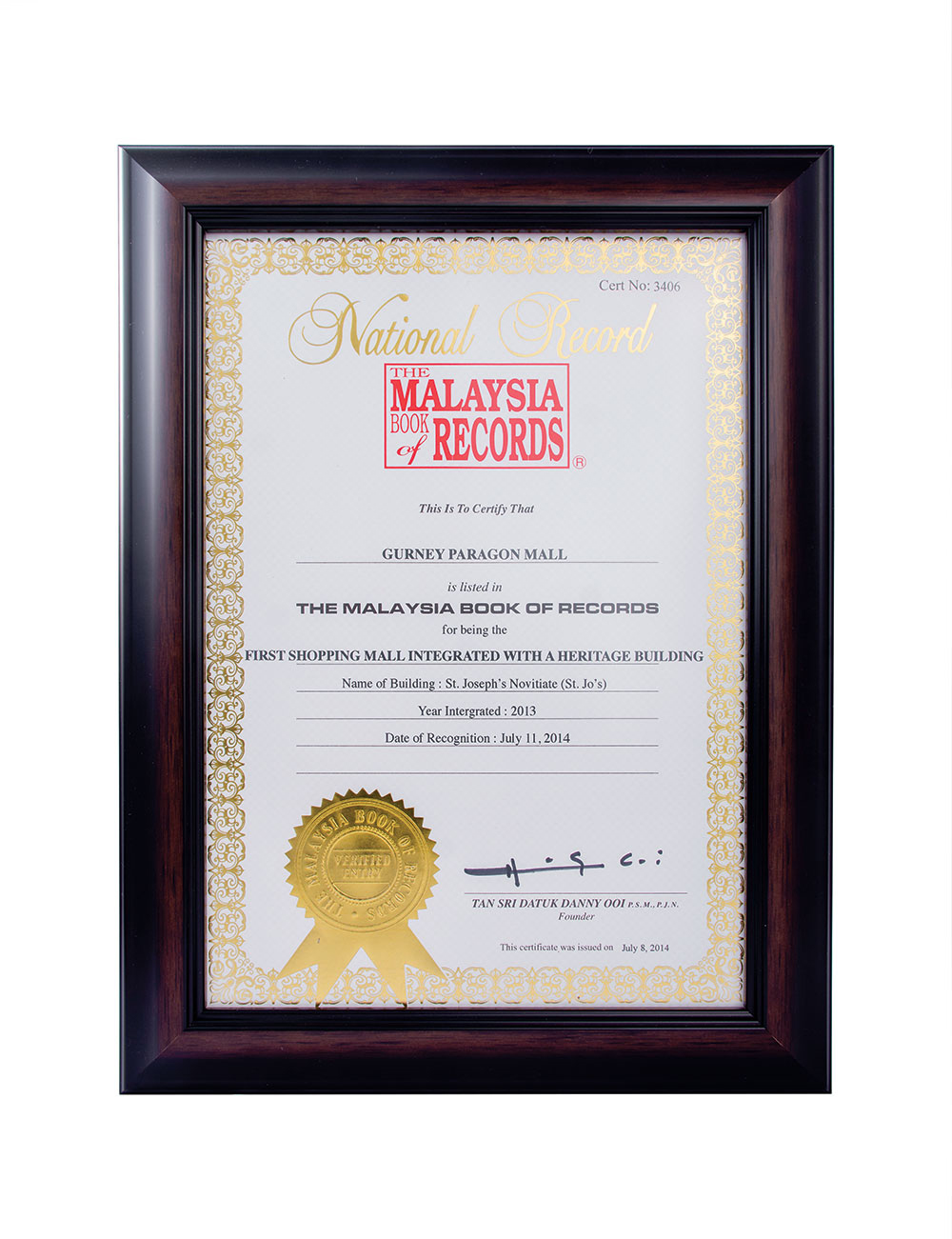 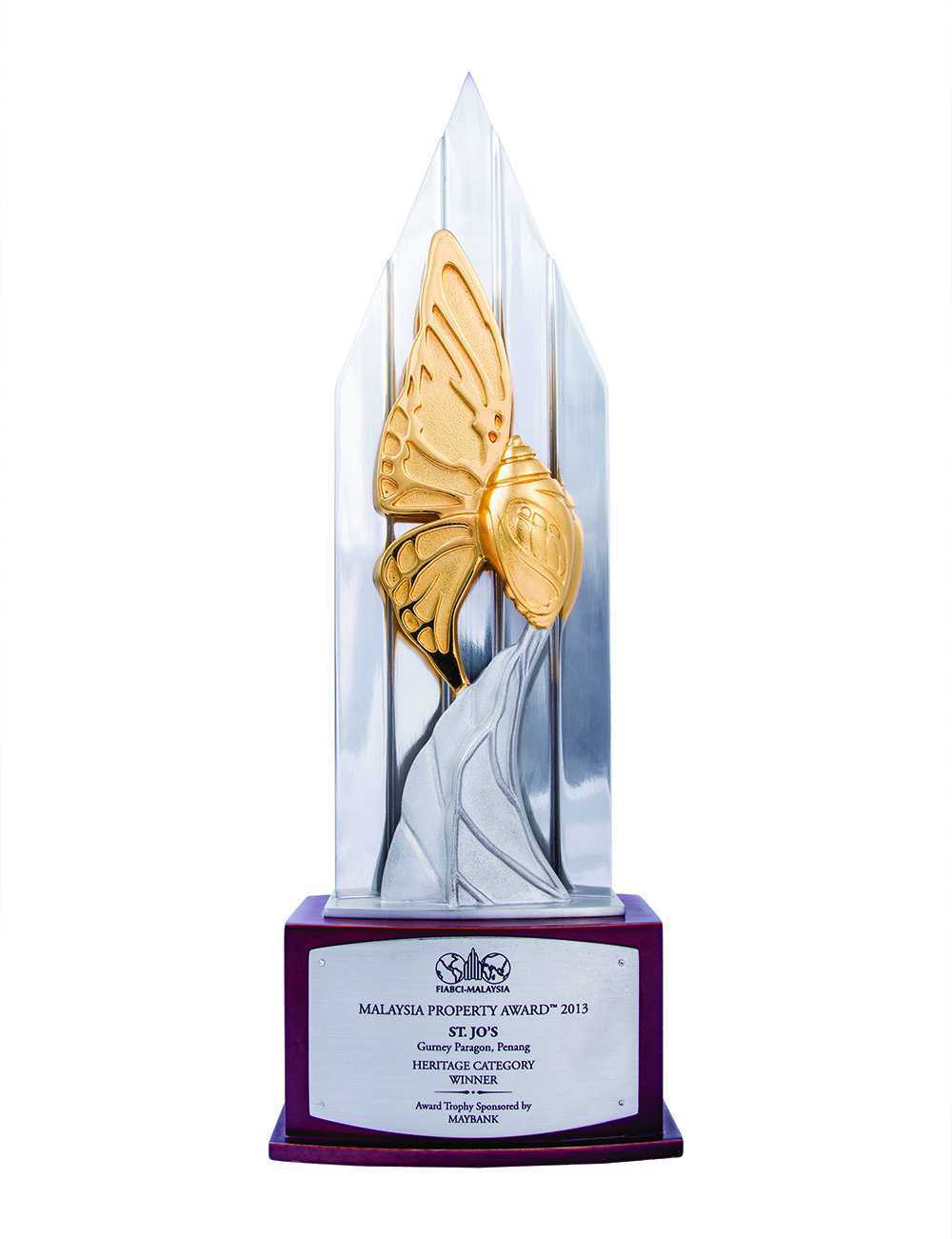 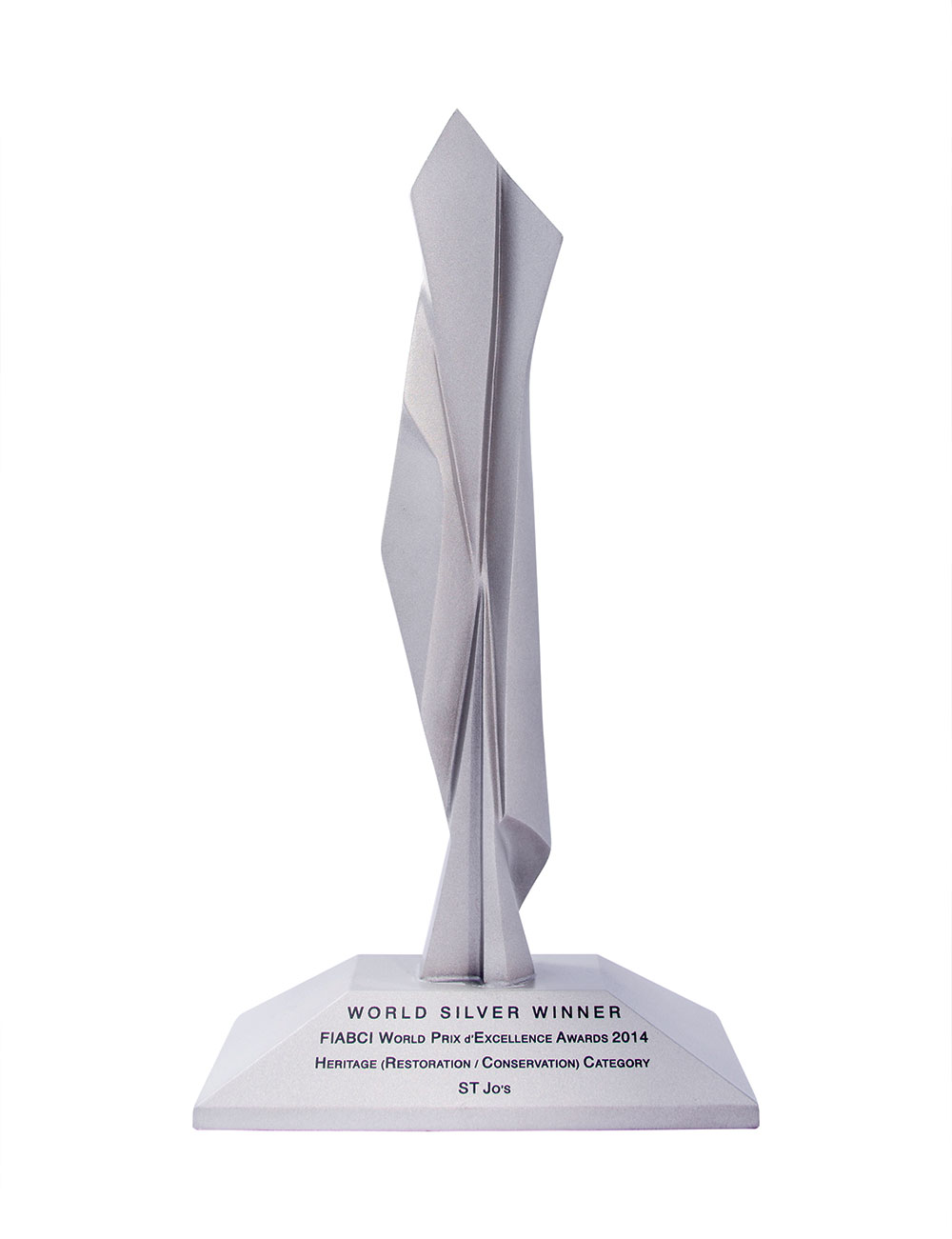 I hereby declare that all the particulars given are to the best of my knowledge and belief true and correct.

The declaration shall, if I am employed, constitute an integral part of any contract of service between the Company and myself.

I agree and accept that if this declaration is in any way or part false or incorrect, the Company reserves the right to terminate my services immediately.

I further authorise the Company to obtain my medical report from the Company's doctor or any other appointed doctor to prove my health status.

I also authorise the Company to contact my previous employer(s) for any information which you deem necessary.

I hereby grant my consent to Hunza Properties Berhad Group and its group of companies to use, process, disclose and transfer my provided personal data for the purposes of considering and processing my job application.